At our inaugural event, the People's Congress of Resistance endorsed the call to action from the United National Antiwar Coalition 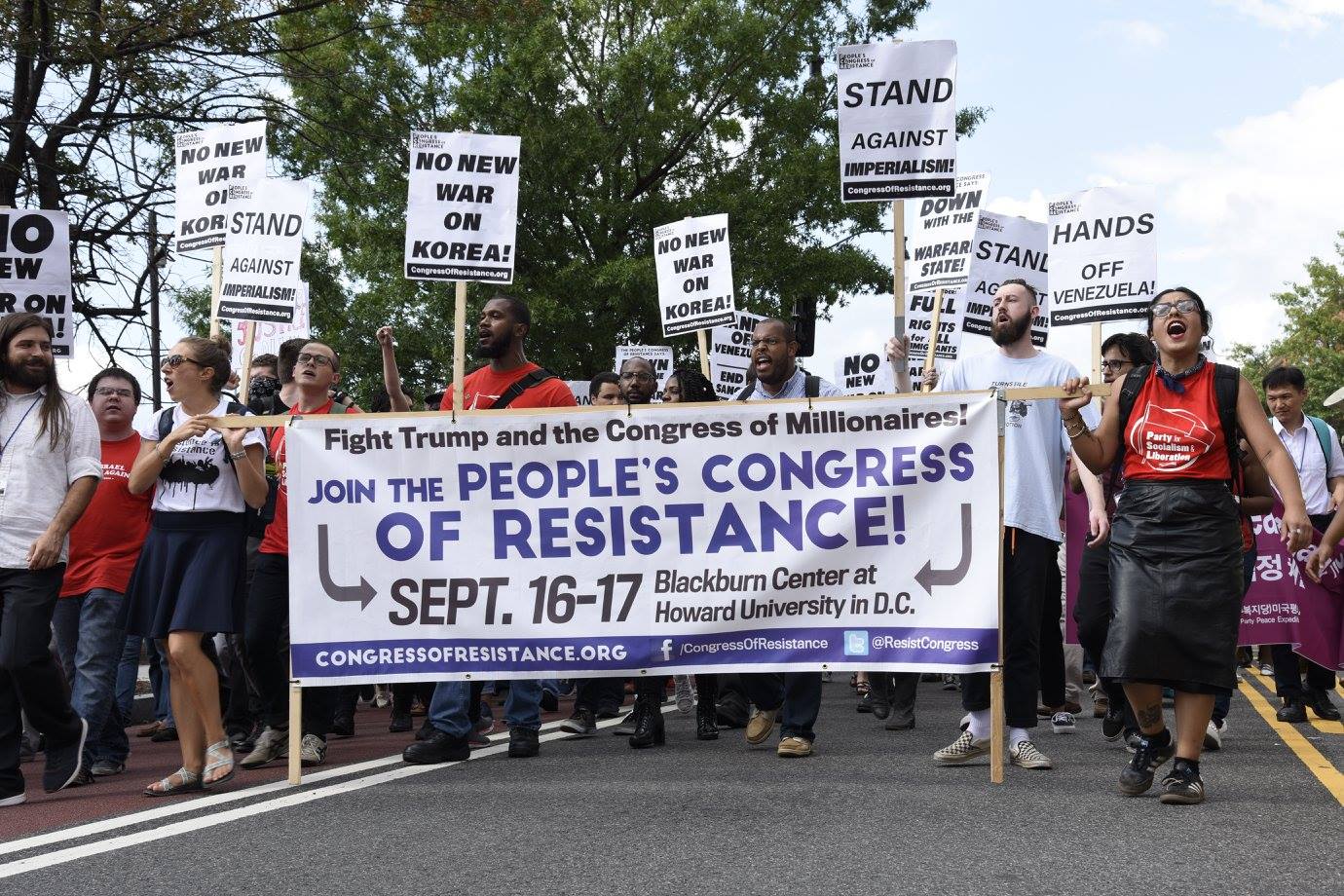 for nationwide demonstrations to demand an end to the U.S. war on Afghanistan on its 16th anniversary.

Another major theme of the inaugural event of the People's Congress of Resistance was to oppose a new Korean War. A resolution passed on Sept. 16 read, "The People’s Congress of Resistance calls for the withdrawal of U.S. troops and bases from Korea, an end to the provocative annual U.S./South Korea war maneuvers, the removal of the THAAD missile system, and the signing of a peace treaty between the United States and the Democratic People’s Republic of Korea." This resolution was introduced by the chair, following the statement of Jang Jingsook of the New People's Party in South Korea.

Lots of anti-war activities are happening this weekend and we encourages people to attend any events in their area.

Upcoming anti-war activities and other events: 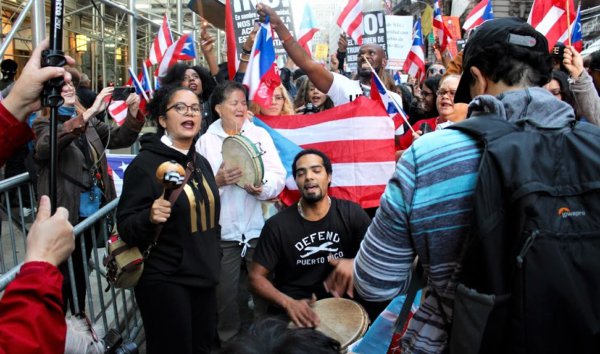 Puerto Rico relief: People's Congress of Resistance organizers from New York to Florida to California have been organizing relief for the Puerto Rican people in the aftermath of Hurricane Irma.

The Trump administration has added insult to injury with blatant disrespect of the Puerto Rican people, and by bringing up the illegal Wall Street-controlled debt that has been foisted on the island. On October 3, when Trump arrived to the island, Puerto Ricans there and in the diaspora held emergency protests to demand: Massive Hurricane Relief; End the Jones Act vis-a-vis Puerto Rico; and Cancel Puerto Rico’s Debt to the Banks. The People's Congress of Resistance proudly joined in this protests. See photos from around the country and the livestream from New York City here. 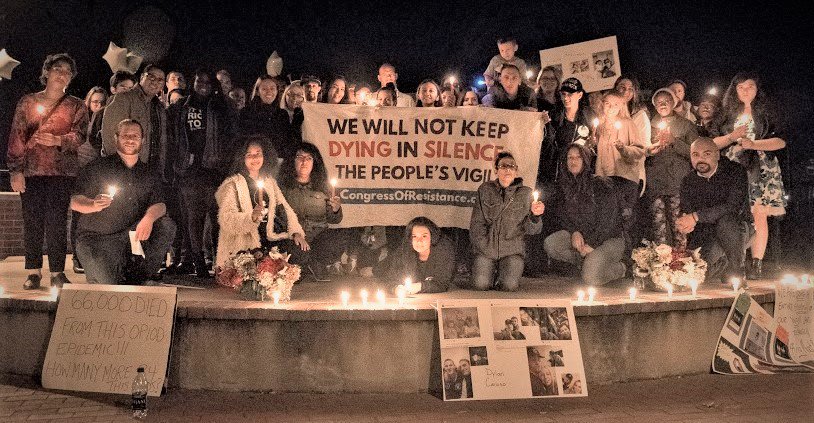 Confronting the opioid epidemic: People's Congress of Resistance organizers also held a People's Vigil on Oct. 1 in Riverhead, N.Y. to bring together families affected by the opioid epidemic that is ravaging so many communities nationwide. At the vigil, survivors and the relatives of those who have died spoke about the need for the government to treat the epidemic like the public health emergency that it is, and condemned the pharmaceutical companies that have profited from so much suffering.

Justice for Kennen and Anthony: The People's Congress of Resistance provided courthouse support to the families of two young men killed by a racist vigilante in Suffolk County, who ran them over with his van. The families are demanding higher charges than the mere "reckless endangerment" charges he now faces, and are calling on people to let the District Attorney know that he must take action.

Ten cities have already held report meetings from the inaugural event of the People's Congress of Resistance. If you're interested in organizing an event in your local area, just fill out this form. We can share with you materials and resources to host your meeting, which could be a full 1-2 hour report meeting or a 15-minute presentation to give at your student group, faith-based organization or union chapter meetings. In other areas, activists are meeting to study and discuss in greater depth the People's Congress of Resistance manifesto. Fill out the form here.

Photos and video report from the inaugural event!