Not our President, Not our Congress — No to war on Syria! 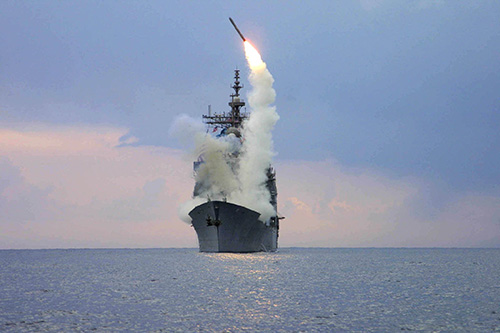 There is no issue more important to the people than war. With its near-unanimous support for Trump’s April 6 attack on Syria, Congress – Democrats and Republicans alike -- proved once again that is no representative of our interests. It is an imperial Congress, a body that represents the global interests of the banks, the oil companies and the military-industrial corporations for whom death and destruction are good business.

Despite the constitutional mandate requiring Congress to declare war prior to military engagement with another country, Trump didn’t bother to even consult with Congressional leaders before the cruise missiles hit their targets. The act also was a direct violation of international law. And aside from a few whimpered requests that the president please talk with them before launching more attacks, the overwhelming sounds coming from Capitol Hill were cheers.

The very few who declined to join the cheering were met with unrestrained vilification by, particularly Congresswoman Tulsi Gabbard, from Hawaii. Gabbard dared to question the official Washington storyline — which is based on neither evidence nor logic. For her “crime” of calling for an investigation about the poison gas attack before pronouncing guilt, Gabbard was subjected to a vicious campaign by fellow Democrats and the corporate media, including an unprecedented “open letter” from leading Democrats calling for her constituents to vote her out in the next election.

We need a new Congress, a People’s Congress!