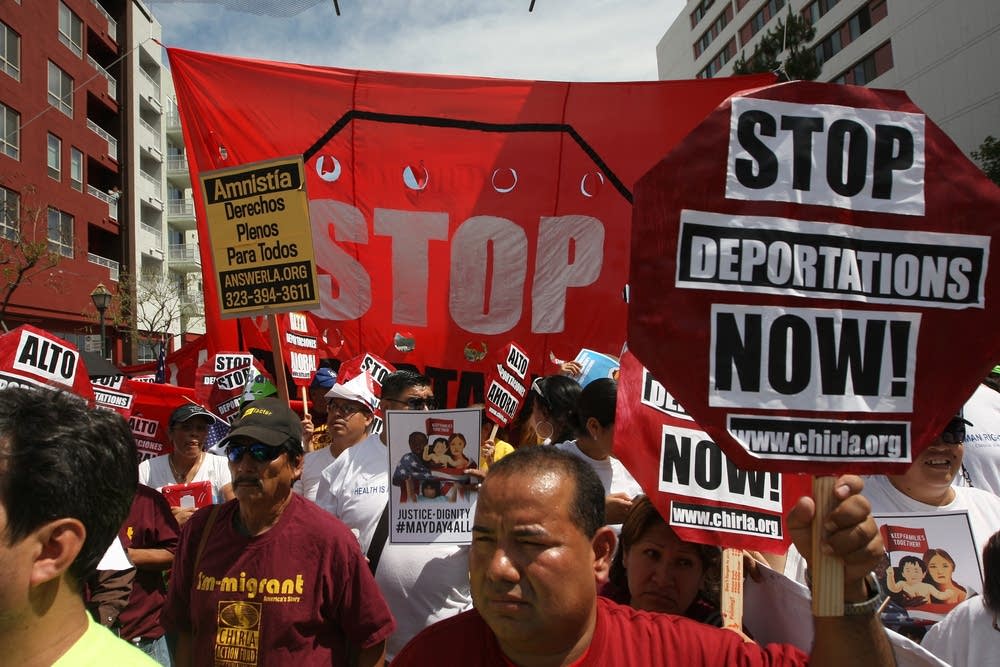 General John Kelly has taken the helm at the Trump White House.

This must be understood as a declaration of all-out war against immigrant families.

There is no time to wait. We must fight back!

On Tuesday, U.S. immigration authorities deported Beatriz Morelos, a mother of four who has lived in Painesville, Ohio for nearly 20 years, to Nuevo Laredo, Mexico, where she has no family and is at high risk of becoming a victim of violent crime.

Although General John Kelly -- Donald Trump's new Chief of Staff -- was at his old job at the Department of Homeland Security for only a few months, the disgusting and brutal policies he pursued are continuing to rip apart families.

"My people have been discouraged from doing their jobs for nearly a decade", then-DHS Secretary Kelly lamented in April. As the outrageous deportation of Beatriz Morelos shows, the job of U.S. immigration authorities is to sow terror and inflict misery on immigrant communities. Morelos was arrested -- and subsequently deported -- not for any violent or even petty crime, but because she was driving without a license as all undocumented people in this country must.

Under President Obama, more immigrants were deported than during any other administration. But because of the determined struggle of immigrant communities his administration was forced to implement measures that gave partial relief such as DACA and DAPA.

General Kelly, who commanded the apparatus that is responsible for this and so many other acts of senseless cruelty, was overwhelmingly supported by the U.S. Congress. The Senate voted 88-11 to confirm him as DHS Secretary, including several members of the so-called progressive wing of the Democratic Party. Thanks to the extreme anti-immigrant racism of the Trump administration and the bipartisan endorsement of the U.S. Congress, Kelly is now the chief enforcer of the Trump agenda.

If the Congress of millionaires is going to give its near-unanimous endorsement to the monster responsible for the extreme injustice suffered by Beatriz Morelos’ family, then the people need a Congress of our own. Join us at the People’s Congress of Resistance September 16-17 at the Blackburn Center at Howard University to demand full rights and legalization for all immigrants now!