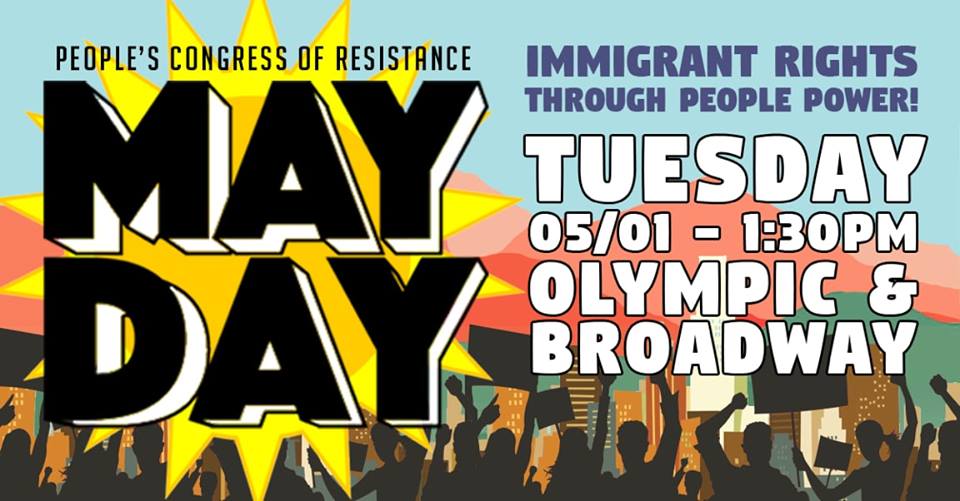 In 2006, history was made when millions took the streets of Los Angeles to fight back against the racist Sensenbrenner bill, which would have criminalized undocumented immigrants and made it a felony for anyone to hire them. The bill was not passed because the people went out and fought against it! This significant protest woke the sleeping giant of the immigrant community and the entire system came to a halt with strikes and protests in cities across the U.S.

Now, 12 years later, racism against immigrants continues as Immigration and Customs Enforcement, better known as ICE, violently terrorizes our communities, separating and detaining families. Just this month, ICE raided a meatpacking plant, arresting nearly 100 immigrants. The next day, 500 children missed school for fear they would come home to find their parents had been detained.

It is clear that we cannot rely on Congress for change. For decades Congress, under both the Democrats and Republicans, has refused to pass legislation that permanently protects our immigrant community. Democrats attempted to co-opt the 2006 movement, while continuing to foster an atmosphere of hatred and repression against immigrant families. Last year, over $3 billion of taxpayer money was spent on ICE arresting, detaining and deporting undocumented immigrants. Today, nearly six months after Trump announced the cancellation of DACA, Congress has yet to make a decision, affecting 800,000 undocumented youth immigrants.

If we want to stop ICE, stop the terror in our communities, save DACA and TPS, then we must get out into the streets channeling the same power from 2006 to demand full rights for ALL immigrants! Congress could and should immediately take action to provide legal rights for the 12 million undocumented people in the United States!

Come out to Broadway & Olympic on May 1st!